'One of Canada's most tasteful and accomplished acoustic guitarists'

That's the way venerable folk DJ Jim Marino is describing the January 15 edition of his Freewheeling Folk Show on 93.3 CFMU in Hamilton, Ont.

Jim is featuring Dave's band, Steel Rail, in the first half hour of the show, starting at 9:30 a.m. After 10, the focus is on Dave's music and a Martin Luther King tribute, with Dave speaking with Jim live starting at 11 a.m.

The show will also look at Dave's West Coast bluegrass band, Shearwater, at the end of the program.

You can read more on the Freewheeling Folk Facebook page here.

Jim's show is now in its 28th year at CFMU, the station at McMaster University. Thanks for the support, Jim, not only of Steel Rail and Dave, but hundreds of other folk artists over the past three decades.

The 'healing' part of The Healing Garden

A new article on Roots Music Canada delves into how Dave came to write the tunes on his latest album The Healing Garden.

The article, by the venerable folk DJ Jan Vanderhorst, is an up-close-and-personal glimpse into the creative period that followed Dave's illness and recovery a decade ago. In less skilful hands, that could be a little lugubrious, but the interview is a celebration of music and the musical friendship between Jan and Dave.

Thanks for the conversation and the article, Jan!

Dave on Dave on Chris

Thanks to Ottawa-based folk maven Chris White, who spent 40 minutes of his January 8 Canadian Spaces show talking with Dave about his latest album. The conversation touches on the Beatles, legendary Montreal folk venues of the 1970s, Dave's 1938 Martin D-18 guitar -- and, of course, the music on CFMA-nominated The Healing Garden.

If you have not been fortunate enough to encounter it, Canadian Spaces on CKCU in Ottawa is Canada's longest running folk music radio program and routinely features some of the best music in the country. His Jan. 8 show also features Christine Graves and Terra Spencer, both worth getting to know.

The discussion about how the Lennon-McCartney (but really Lennon) song Across the Universe ended up on an album of guitar instrumentals is particularly interesting.

We're delighted to announce that Dave is one of five nominees in the solo instrumental category at the Canadian Folk Music Awards.

Dave joins Olivier Demers, Maneli Jamal, Adam Young and Cédric Dind-Lavoie in the category Instrumental Solo Artist of the Year. Dave was nominated for his album The Healing Garden.

You can read about all the amazing nominees here.

Thanks to all the organizers and judges who make these great awards happen. 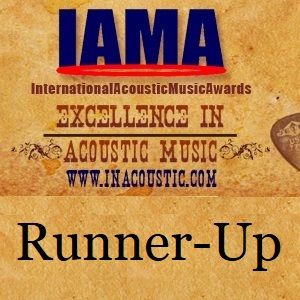 International recognition from the IAMA

Great news -- Dave's instrumental A Thousand Days Like This was a winner at the U.S.-based International Acoustic Music Awards, announced Feb. 12.

The song, one of 12 on Dave's new album The Healing Garden, was first runner-up in the Instrumental category. Top prize went to another guitarist, John McMillan.

The IAMA awards recognize excellence in acoustic music, and judging is based on performance, songwriting/composition/song choice, music production and originality/artistry.

Musicians from around the world enter the IAMAs every year.

A Thousand Days Like This was written on the verandah of Dave's home in Victoria, B.C. on a beautiful summer afternoon. The title was inspired by an old friend, the late pianist and music critic Eric McLean, who would raise a glass on particularly special evenings and utter an Italian toast: “Cento di questi giorni.”

And stay tuned for more news about Dave's new album, The Healing Garden, which gets its official launch this month.

If you haven't yet discovered Carolyn yet, she's an alt-country sparkplug based on the West Coast. Her weekly hootenany features an array of performers that share a love for roots music and musical values. She's calling the Jan. 10 session "The Dave Clark(e) Edition" and it features three (not five) Dave C's, including this one.

Look for this Dave to chime in early in the "hoot," around 7:30 Eastern, but everyone plays a three-song set, so you won't want to be late.

Carolyn Mark's Virtual Hootenany starts at 7:15 Eastern. Here's how you can listen: 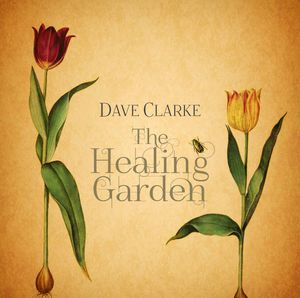 CFMA nomination for producer of the year

We're happy to report that Dave has been nominated in the producer of the year category at the 2021 Canadian Folk Music Awards.

Dave shares the nomination with friend and veteran producer Bill Garrett. They're being recognized for their work on the new Steel Rail album Coming Home, which was released earlier this year.

Stay tuned for more news about the CFMAs -- winners will be announced in April. And congratulations to all the other nominees! 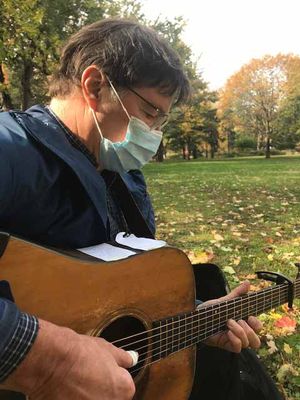 Despite the coronavirus, the beat goes on.

Dave's long-awaited third CD, The Healing Garden, is nearing completion. It's now at the manufacturing plant, meaning that barring extraordinary circumstances (even more extraordinary than a global pandemic), it will be in our hands in the first week of December.

The album features 12 new instrumentals that tell the story of his journey to the West Coast and back to Montreal, and his close encounter with cancer.

We're very excited about the release. In the meantime, this photograph shows Dave playing a socially distanced concert for his mother in the Peace Park at Montreal's Dawson College in late October. 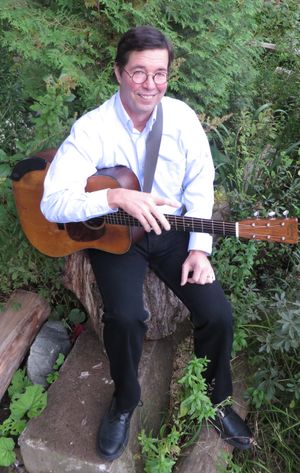 Back home in Montreal

That’s certainly been the experience of Dave Clarke, who is back in his home town of Montreal after a nine-year ramble across the Canadian West that took him all the way to Vancouver Island and back again.

Even better, he has just released his third solo album, a compilation of guitar instrumentals that is called The Healing Garden.

By the way, that's Dave's 1938 Martin D-18 at the top of this page: it has been his constant companion since he ordered it, sight unseen, from Elderly Instruments in Michigan way back in 1980.